It's Not Common Sense 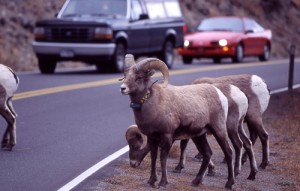 Do you know why sweaty feet smell like cheese? It's the same bacteria producing the smell. Very often two things are quite different yet there is some commonality that links one with the other. We wonder how two things can be so different yet so similar at the same time but its not surprising when you consider that most of what we eat is made up of the same two elements, carbon and hydrogen. And if you appreciate that food is body fuel you won't be terribly surprised that petrol and diesel are also combinations of the same elements. We put carbohydrates in our bodies and hydrocarbons in our cars.

With this in mind you can understand that though people are quite different, one from another - in a given situation the majority of people may act in a very similar way. It has nothing to do with our similarities or differences but what we have in common; its what makes families sticky even when siblings are quite different to each other. Language is the glue (or commonality) that allows people to interact with each other without having to guess what the other person is trying to communicate. Your insurance premium is a case of commonality. If your premium is very similar to your neighbours it has little to do with you living next door - it's because they see you as a similar risk. Your profile may be completely different but to them you smell the same. It sometimes feels unfair but insurers are in the business of risk - you are not a person in their eyes but a potential risk.

This may sound like a very simple principle yet we often act as though it were not the case. When you say, "It wouldn't happen to me" you fail to recognise that its not your uniqueness that determines your fate but what you have in common with others. If you cross a busy road without looking for traffic you are as likely to get hit as the next person, not because of similar looks or personality but because of your common stupidity in the same situation. Its paradoxical that while young people rebel by being independent and different from their parents, they hang out with and want to be like their peers. One teenager may be quite different from another yet an older person sees only the commonality, which is mistaken for similarity. This is essentially the same prejudice as saying people of another race all look the same. Demographics may tell us that a particular ethnic group is most likely to commit a crime but its commonality that is the factor not ethnicity per se*.

A better understanding of this principle would adversely affect the self-help industry. If I may grind my axe a little, it would also reduce the sales of Christian 'miracle' books. The sales pitch goes something like this:

"My life was in a mess until I discovered this new approach. I put it into practice and it turned my life around. Forget everything you have learned and follow my plan. Read the testimonies of those who have followed this plan and seen dramatic effects. If it can work for me it can work for anybody."

They give you reams of stuff that seems to make sense and could potentially change your life for the better but leave the key principle for when you part company with your hard earned cash. It may well have changed their life and the lives of those who have given their testimony - the problem is the logic. They have followed the plan and it worked for them. The plan therefore has only one conclusion: success. The most successful people tend to have lives pitted with failures and if they were honest they would say it was their drive that got them there in the end. It was their commitment to completing the task that got them to the finishing line despite the pothole-ridden road they travelled. The truth is you could possibly follow a useless plan and still succeed. You can get from London to Brighton via Edinburgh but I wouldn't recommend it. Success is retrospective. You can't predict it but you can recognise it when you see it. True, there are principles that make success more likely but its never guaranteed.

My Father taught me an excellent principle for safe driving. He said that you should assume there was a potential hazard around every corner and over every ridge. You should therefore be ready to stop at any point. This is known as defensive driving. Its similar to Murphy's Law, which states that if anything can go wrong it will. Overarching this is the truth that if it has happened to anyone else it can happen to you. Yes you have unique talents and abilities; you may have an excellent strategy for earning your first million but unless you negotiate the potholes of commonality you're heading for potential disaster. It's not your unique talent that will get you there but your common sense.

Popular posts from this blog

The naked sand is clothed with an indigo dress
Sequins shimmering and skirts cascading
The bay queen will soon be regaled from Neptune’s wardrobe
And crowned as the sun withdraws to its chamber
For now she takes her throne
In subtle, graceful steps, with little pomp
Another day she will raise her army
And take the rocks by force
Shouting down all who would oppose her
Then retreating with magnanimity and poise
And while the mountain king pushes out his vaunted chest
She dances with the moon in regal beauty
The one who we adore and love
Captivates us with her charms
Reassures us with her rhythmic presence
And terrifies us in her capriciousness
Read more

CoVID-19: Day 19
A friend reached out to me this morning recognising my stress and it hit me. I’d reached information and emotional overload and I was responding to triggers on Facebook — my strings were being played and I was singing like a bird. Fortunately I held it together but I could see why I was feeling adrift last night. Yet I can’t imagine what frontline staff are going through, watching people die, seeing their colleagues fall prey to the virus and being exhasted and ill equipped.

I guess there is some cognitive dissonance at play when we find ourselves as extras looking on as the paid actors play to the camera, acting out their roles as we suspend our disbelief. Its the stage hands and technicians who keep the whole thing going but only get a mention in the final credits which roll as the audience leaves the cinema. If the film set were a battle we would make up most of the casualties, the techicians would be the medical unit, the director and producer would …
Read more

When You Ain't Got That Swing

CoVID-19Day 25
I had an extended Twitter conversation this morning (much longer than usual) with someone I’ve been following for a while and whom I tend to agree with on most things political. Where we’ve diverged is on who we supported in Labour’s leadership election. There wasn’t a great divide in the elections as many members weren’t particularly energised — none of the candidates were very compelling.

With so many people calling for Labour’s first female leader (though Harriet Harman stood as interim leader after Ed Milliband resigned) I’ve been surprised that so many women voted for Kier when there were 2 women leadership candidates. This Twitterer voted for Kier Starmer who she felt would be the most electable when it came to a general election. I had certain re…
Read more

Chris Price
I write because I have to. I design, I build websites, write songs and sing and writing feeds my soul like nothing else.